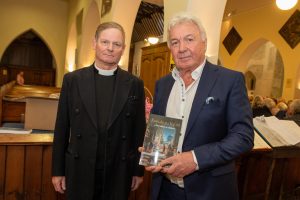 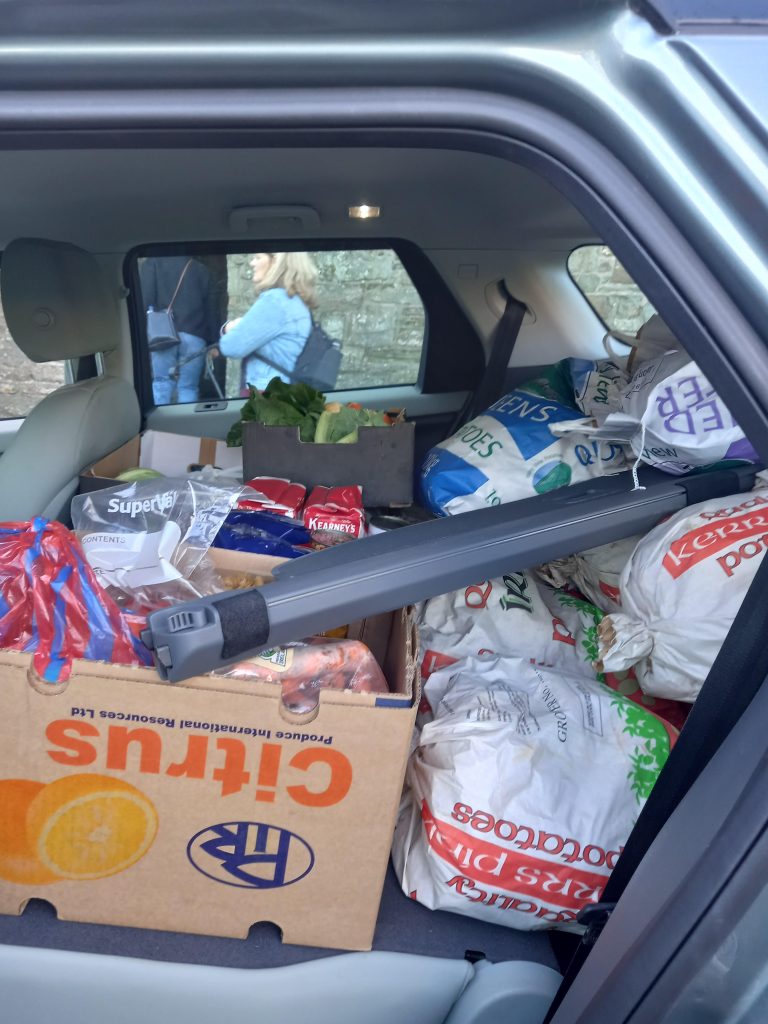 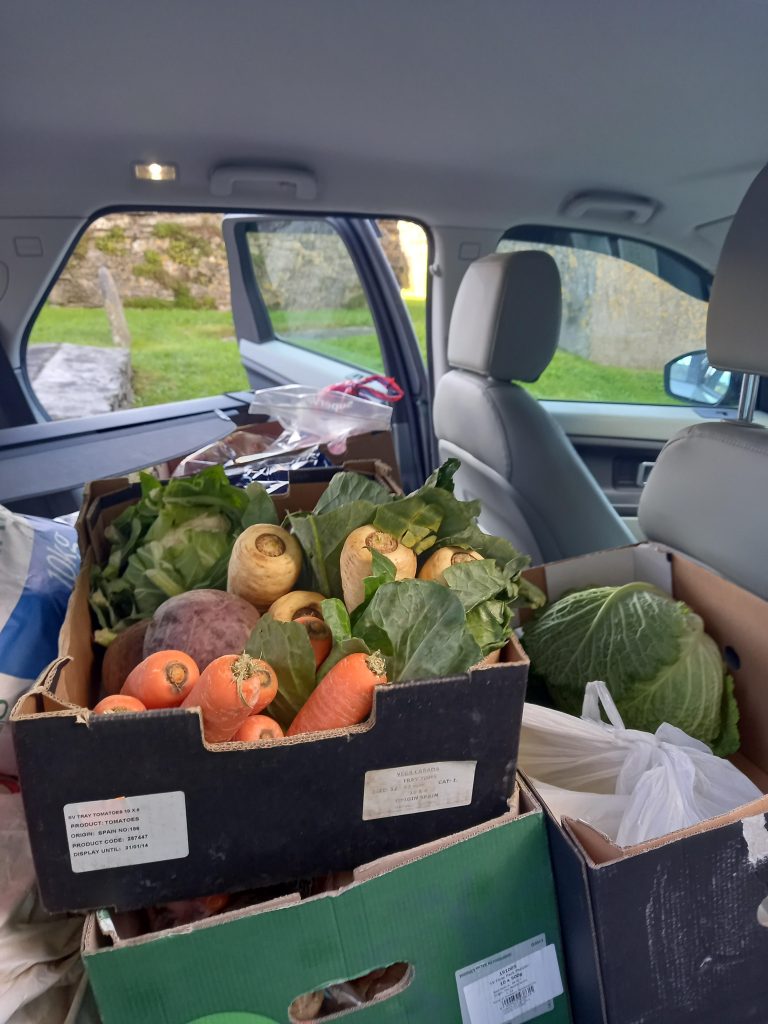 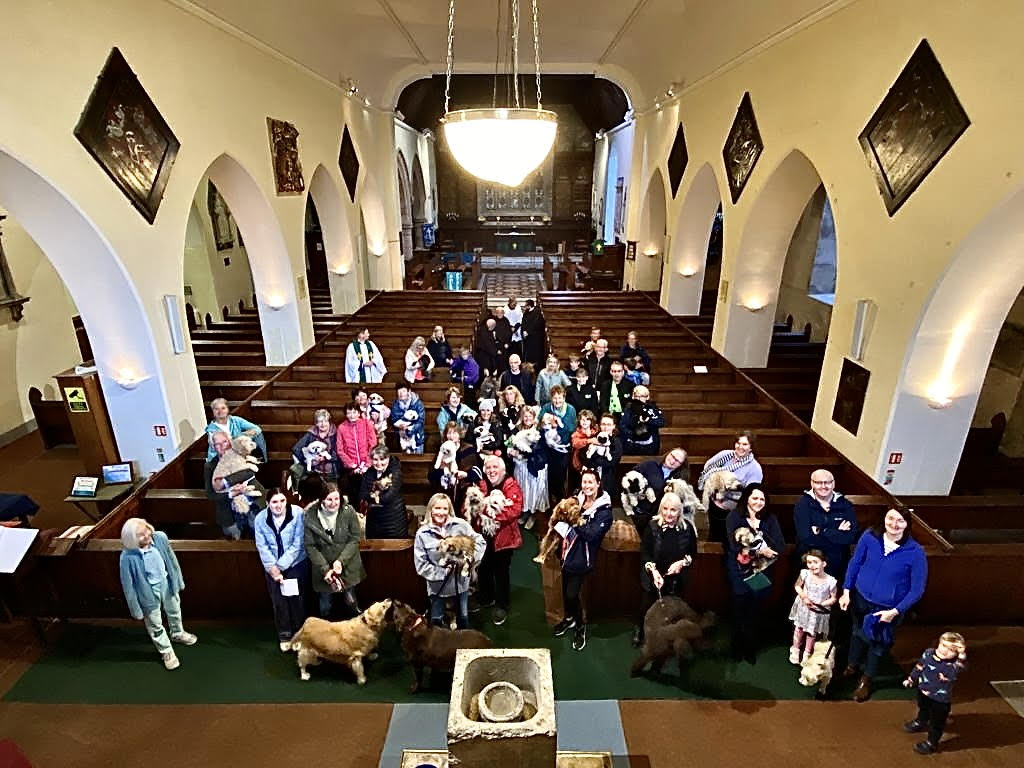 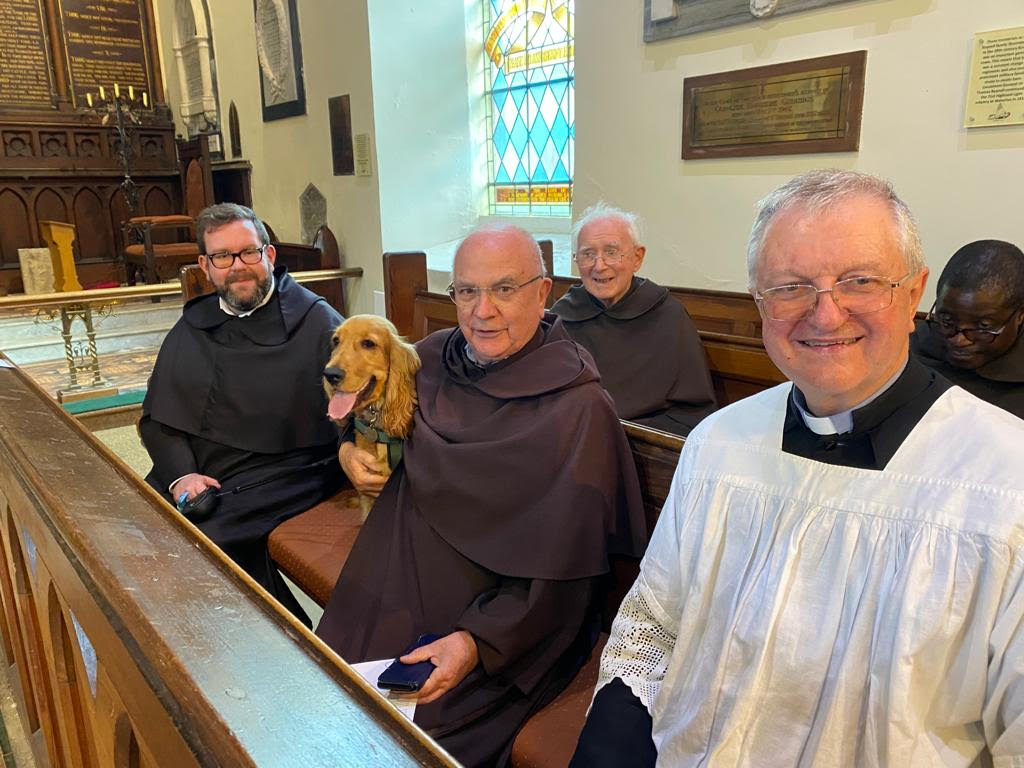 The Rector, Pam Norris, Christy Draper and Ted Whitaker prepare to take goods to Cork Penny Dinners as part of our Harvest offerings . 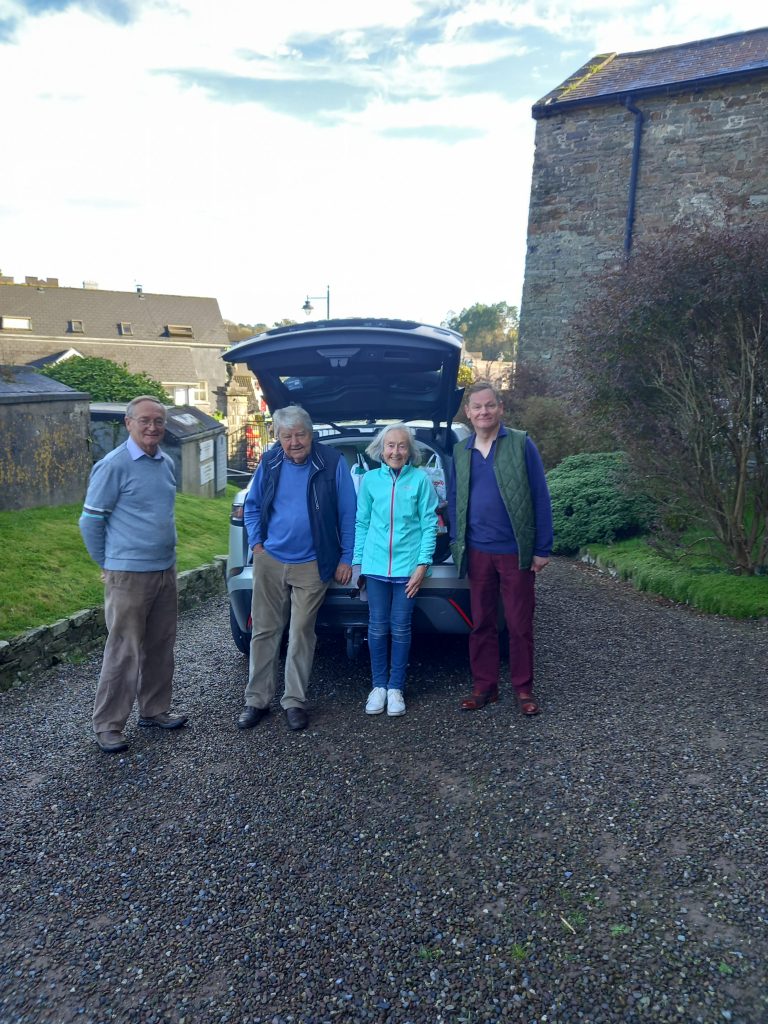 The Rector and Fr Stan of the Friary, Kinsale, after leading the Ecumenical Remembrance Service at the War Memorial, Kinsale 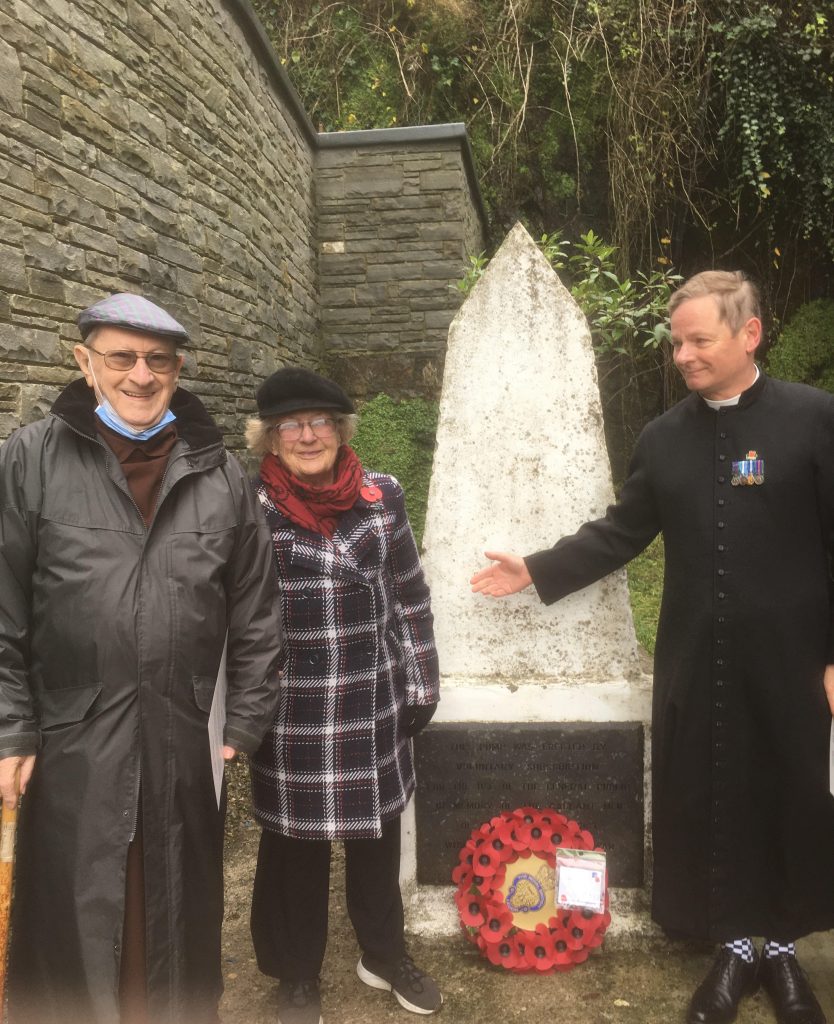 We foster good relationships with other churches in the area and participate in many ways in the communities in which we live and work.

We have a “Vision Statement” which runs as follows:

“IT IS OUR HOPE THAT, THROUGH THE GUIDANCE OF THE HOLY SPIRIT, OUR PARISH WILL GROW IN LOVE, STRIVE FOR UNITY AND BE A SOURCE OF INSPIRATION TO ALL”

As part of this vision, we have adopted a prayer in which we pray for the life of the Church in this parish. We invite you to use this prayer, to help us in our work and to further the mission of the Church throughout the world.

Heavenly Father, grant that the family of the Church in this Union of Parishes may be a place of welcome to all. May your Holy Spirit help children to grow in grace as they grow in years; may young men and women be fulfilled in your service; may those in mid-life be strengthened to attempt new and greater things; and may those in the evening of life glimpse the light of your eternal glory. May the sorrowing find comfort and the weary rest; may the doubting find certainty and the tempted strength; and may the lonely find fellowship and the sinner forgiveness. This prayer we ask in the name of your Son, Jesus Christ, our Lord. Amen

Born in Belfast in 1957, Peter was educated at the Royal Belfast Academical Institution, the University of St Andrews, Scotland, the Church of Ireland Theological College and the University of Ulster. Ordained deacon in 1983 and priest in 1984, he served a curacy in the parish of Stormont, Diocese of Down. Commissioned into the Royal Army Chaplains’ Department in 1985. He served throughout the world and eventually as Senior Chaplain, Northern Ireland and then as Assistant Chaplain General (Colonel), resigning in 2002.

After a chaplaincy in Varese, Italy, in the Diocese of Europe, he was appointed Rector of the Castlepollard and Oldcastle Union in 2004, and Rector of the Julianstown Union in 2010, both in the Diocese of Meath, where he was also Diocesan Director of Ordinands, and Warden of the Guild of Lay Readers. He is currently a member of the Church and Society Commission of the Church of Ireland. In 2019 he was appointed Diocesan Director of Ordinands for Cork, Cloyne and Ross. Since 2011 he has been an Oblate (external member) of the Benedictine Monastery of the Holy Cross, Rostrevor, Co. Down.

Peter is married to Dr. Janet Rutherford. Originally from the United States, Janet is also a graduate of the University of St Andrews, the University of Ulster, and the Queen’s University Belfast. She is a theologian and liturgical scholar, a fluent speaker and translator of Italian, and a keen sailor.